The History of Locks and How it Shapes the Future 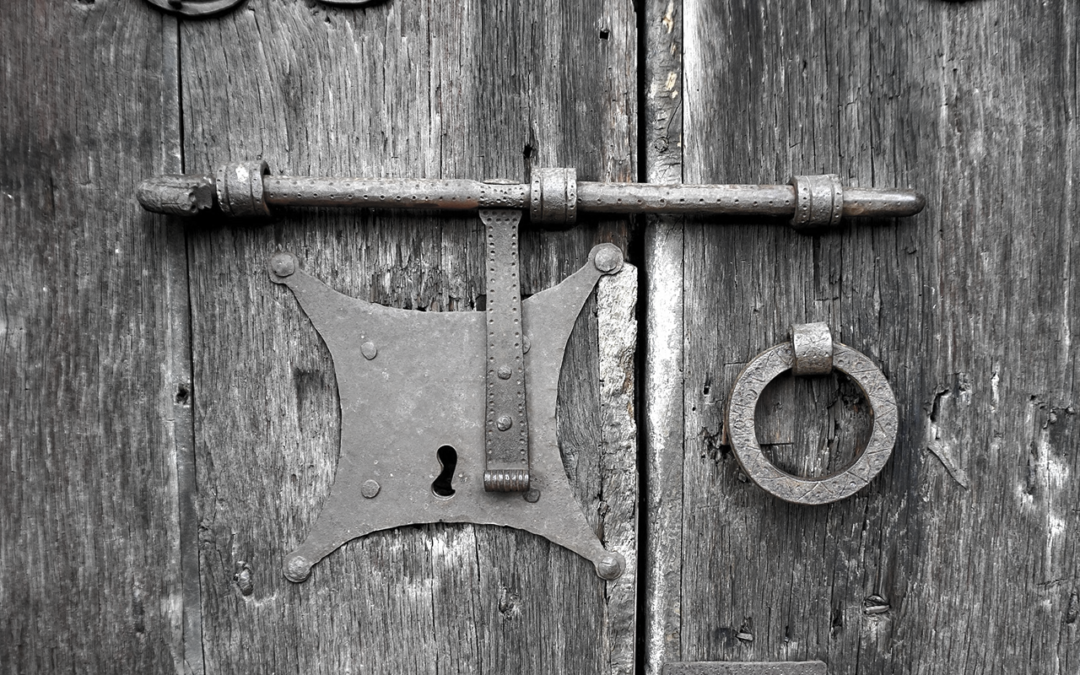 The history of locks is a story that’s shaped the future.

In this era where we have locks on our doors, cars, and even computers, it’s easy to forget how far they’ve come since their inception. It is a long history that goes back centuries or longer depending on which type you’re talking about. These days there are so many different types of locks available for every need imaginable. But what was life like before all these modern conveniences? And why do we still use them today?

To answer some of these questions, let’s take a look at the history of locks in more detail. This blog post will take you through the fascinating journey of locks throughout time to see how this simple invention changed our world forever.

It started with Egyptians, who invented the lock back in 2500 B.C., and continued with Romans, Vikings, and finally modern-day locks. The lock has evolved from being something physical to an electronic device.

Around 2500 BC, Egyptians invented one of the most important inventions in history: the lock. They used two pieces of wood jammed together in the shape of a cross. The wood was carved out in the middle with notches and grooves which allowed it to be locked together by positioning them over each other. These locks were created using simple tools like stone chisels and saws but still required some significant skill to make one that isn’t too different from today’s custom woodworking.

They used it on their treasure chests to keep them safe while they weren’t around or when they were traveling great distances.

The Egyptian wooden “cross” lock is on display at the Manchester Museum in Manchester, England.

Romans took up where Egyptians left off, using locks to protect their valuables in around 100 BC. They made most of the locks out of wood with pins that locked into position when they were shut.

How Vikings used locks is a mystery! All we know about them is that they probably only kept the door closed rather than locked. 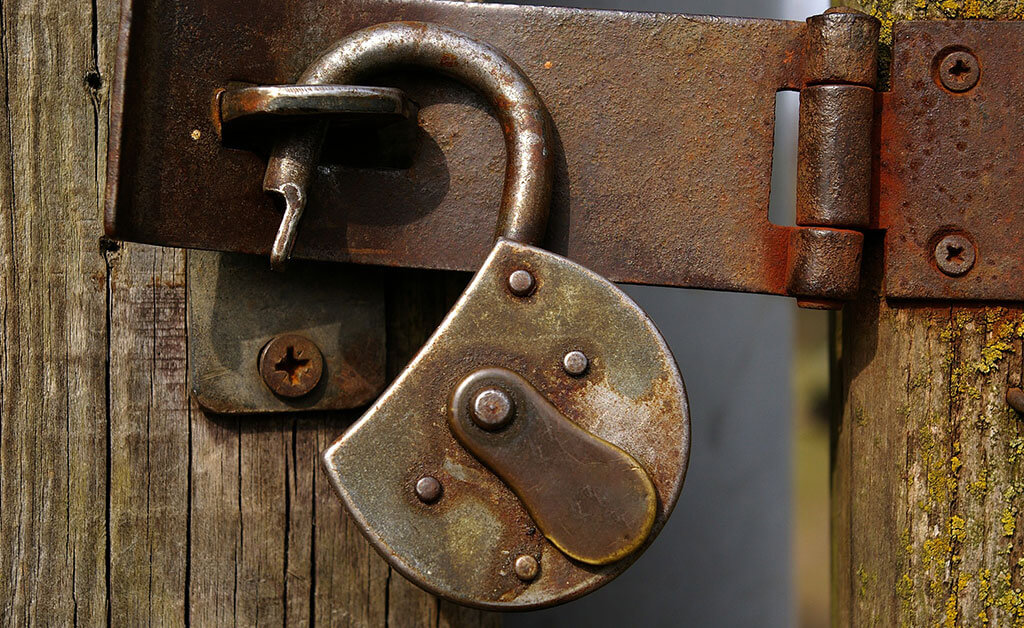 Locks were invented to keep people out, but in the Middle Ages and during the Renaissance, locks were made with keys that could be used from either side. This allowed people to come and go as they pleased while still keeping their valuables safe.

In 1982, BiLock® invented a unique locking mechanism that allowed one key to operate a mortise cylinder from both sides. This patented concept is the basis for all current BiLock® locks and cylinders, which are built to withstand attacks from both lockpicking and manipulation.

In the 18th century, Benjamin Franklin’s famous “Franklin Stove” was one of the first mechanical locks. It’s believed that Franklin designed his lock to work by means of a series of ratchets and pawls, which he modeled after clockworks.

Safe makers were some of the earliest adopters of double-bitted warded locks. These locks, which were invented in the mid-19th century, allowed customers to lock and unlock them with different keys. This was a great improvement from previous keylock types that could be operated and opened by one and only one master key.

In 1854, Linus Yale Jr. patented a new type of lock which used a lettered dial to select the correct key. Combinations could be changed by rotating the letter dial, which was mounted on a spindle that contained several disks with different notches.

In 1895, Linus Yale Jr.’s son invented his own version of locks, which were similar to Egyptian locks. Instead of using bolts, these locks used rotating metal cylinders. The first Tubular lock by Yale was installed on the bank vault at the Norwalk Hour Savings Bank in Ohio.

IMD stands for International Minimum Design, and it’s an optional expansion of the original British Standard 4179 (Burglary-Resistant Safe Doors). The new standards were developed in response to the growing popularity of attack techniques, such as thermal lances.

The First Mortise Cylinders with Side Holes

These cylinders are similar to the original Roman style, but they have two holes instead of one in the side that allows them to be mounted vertically or horizontally.

Keycards are electronic access cards that use a magnetic stripe to hold information. Every time you use your keycard, its magnetic stripe stores data about how it was used. This data can only be read by special card readers that are connected to a powerful computer.

Electronic locks have wires that connect electronic components, such as lights or buzzers which signal if a lock has been tripped or a door has been opened.

IMB stands for International Mounting Base, and it’s an optional expansion of the original British Standard 4178 (Commercial Locks). The new standards were developed in response to growing security concerns for commercial buildings.

Keycards and electronic locks work hand-in-hand. Instead of needing to carry a key around, you just need your card and the PIN number that goes with it.

UL stands for Underwriters Laboratories, an independent product safety certification organization that tests and labels locks for security and safety. In 2003, UL released their first list of locks which were approved for high-level security applications.

The Future Of Locks 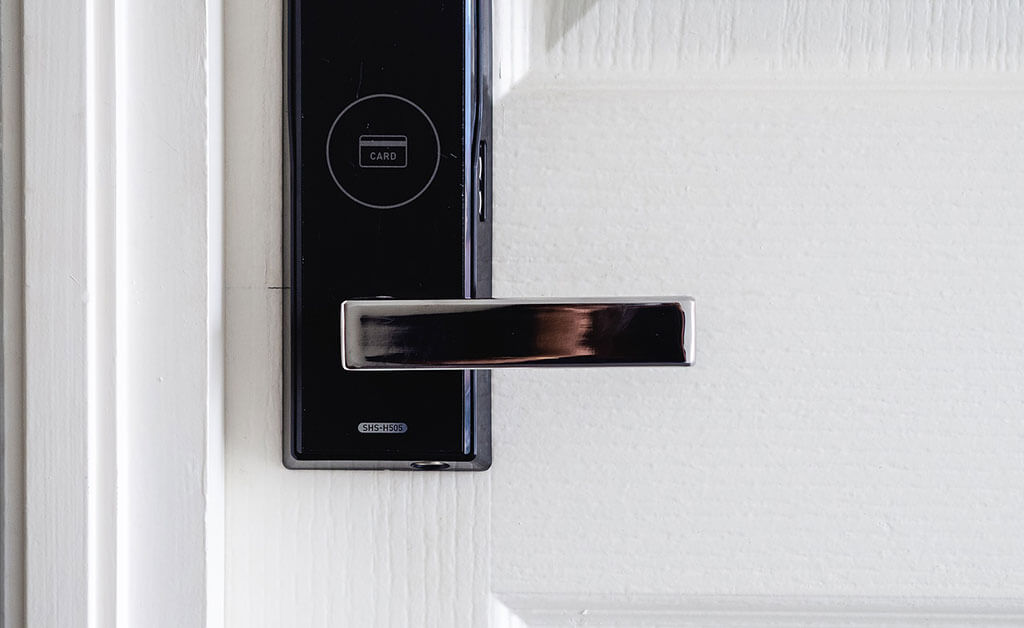 Today’s manufacturers are always coming up with new designs that will make it easier to protect our homes and businesses from burglars who use creative ways to get inside our buildings. Some types of these emerging locks include:

• Biometrics – These types of locks employ physical characteristics such as fingerprints, palm prints, and hand geometry to identify people, which is the most accurate way to protect any building. Some biometric locks are even capable of automatically updating their access rules based on who’s trying to get inside.

• Electronic Locks – These types of locks are easy to use and program, but they’re also much harder for burglars to bypass because they’re designed with more security features than traditional locks.

• Keycards – Keycards provide a convenient and secure way to enter buildings while ensuring that only authorized people can get inside. The keycard system uses radio-frequency identification (RFID) to automatically open doors when it detects an authorized keycard.

The Future Of Combination Locks

Some of the most popular locks are combination locks that allow you to set your own code. People still choose these kinds of locks over electronic locks because they’re easy to use, inexpensive, and don’t require much maintenance or technical expertise.

The Future Of Physical Locks

Where To Go For More Information About Locks And Keys

We can give you free advice on how to protect your home or business, and they may even be able to help you stay up-to-date with new security trends that will improve your building’s “lock” system.

We Accept All Major Credit Cards

We offer 10% discounts for Military, Students, Seniors and Crime Victims